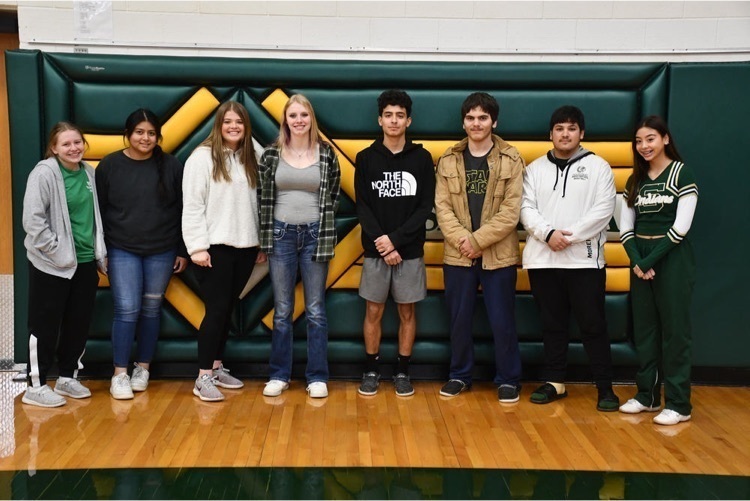 The Big Read began in the fall of 2016 when English language arts teachers from across the league met at South Gray High School where the idea of hosting a SPIAA Big Read was developed. Harper Lee’s To Kill Mockingbird was chosen as the common text for 2017.

Recently, the project expanded beyond single shared titles and, instead, has explored genre and theme. Using Fahrenheit 451 as the basis for this round of reading, schools chose dystopian novels, focusing on a quote from Ally Condie, author of the Matched trilogy: “The beauty of dystopia is that it lets us vicariously experience future worlds - but we still have the power to change our own.”

Each of these Big Reads involved a culminating event that brought together students from across the league. This year’s culminating event centered on a viewing of the film Mortal Engines at the Twilight Theater in Greensburg, followed by a discussion at Kiowa County High School.

Judging of the project portion of the Big Read took place on January 11. Teachers from across the SPIAA League served as judges, awarding gold, silver, and bronze medals (along with “Award of Excellence” ribbons) to entrants whose work ranged from literary analysis to gunpowder paintings. Gold and silver winners will find their work on display at the SPIAA League Basketball Tournament at United Wireless Arena in Dodge City beginning January 23 and will be recognized between the girls’ and boys’ championship games on January 28. The Community Foundation of Southwest Kansas provided grant funding for the medals, certificates, and ribbons for these awards.

The Big Read’s focus will next shift to the theme of the American Dream as students explore the promise of our country through American literature.